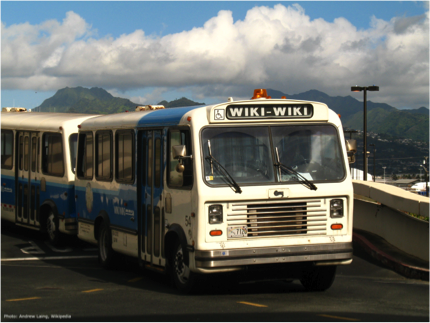 But before you scamper off to begin crafting your first (or next) Wikipedia article, it’s best that we address the ginormous elephant in the room: Wikipedia’s disdain for paid editors.

The Great Sockpuppet Caper
In October 2013, Wikipedia’s parent company, The Wikimedia Foundation announced it had banned all of the “employees, contractors, owners, or anyone who derives financial benefit from editing the English Wikipedia” at one particular PR agency from the Wikipedia site. Being “community banned” is one of, if not the most severe punishments that can be meted out to users who run afoul of Wikipedia’s policy on “Conflict-of-Interest” (COI) editing.

So what did the agency do to warrant the smackdown it got from Wikipedia’s ban hammer? The Foundation asserts long-standing policies against paid advocacy editing, sockpuppetry, and meatpuppetry were violated repeatedly by an army of 300 (!) sockpuppets and meatpuppets running amok across the site. The ensuing carnage included a community ban for the PR firm and a sharply deepened distrust of anyone engaging in paid Wikipedia editing.

It’s incidents like these that precipitate the discord between those who edit Wikipedia for love and those who do it for money, even if those who are editing articles on a paid basis are doing so with the best of intentions.

Paid Editing vs. Paid Advocacy
There is a fine line between “paid editing” and “paid advocacy”. Though the media and Wikipedia’s volunteer editors sometimes use the two terms interchangeably, they’re actually very different animals.

Paid advocacy is just what it sounds like: the creation and editing of articles so that the subject is painted in the best light possible. What you end up with is frothy articles that are heavy on puffery and weasel words, minimize (or altogether eliminate) negative information, and have scant references and citations. These shallow articles frequently undermine the spirit of Wikipedia by circumventing its Neutral Point of View (NPOV) and Notability guidelines, making it that much more difficult for paid editors who observe the rules (full disclosure: I am a member of Corporate Representatives for Ethical Wikipedia Engagement, better known as CREWE).

Paid editing, on the other hand, is a more rigorous discipline…and one that’s slightly more palatable to Wikipedia’s volunteer editors. While paid editors charge for their article creation and editing services, those services are generally performed ethically and in strict accordance with the site’s rules and Manual of Style (MOS). Being an ethical paid editor means transparency and the NPOV must absolutely be your guiding directives. It also dictates factual information – backed up by plentiful third-party citations – be presented in a straightforward, unbiased manner, but without any of the hyperbole (“leading”, anyone?) many marketing and PR types so often fall back on.

So you can see, ethical paid Wikipedia editing is a much harder row to hoe. It requires diligence, lots of research, and a willingness to engage openly with a community that’s predisposed to be highly skeptical of your good intentions. Easier said than done, right? No, not true.

Help Me, Mr. Wizard!
What’s a wannabe Wikipedia editor to do, then? I have a few suggestions that should help you on your way to becoming a valued member of the editing community. Before you get started, ask yourself this critical question: “Is what I’m about to do going to help or hurt Wikipedia?” If your first answer isn’t “help”, then you need to rethink your goals, objectives, and most importantly, your actions. If you can’t abide by Wikipedia’s rules and MOS, you shouldn’t be creating or editing articles. Period.

If however, you can comply with the guidelines and are willing to put in the time and effort it takes to create a worthy contribution, here are some suggestions that will help make your article a success:
• Declare your COI early and often, starting with your User and Talk pages. Let your PR freak flag fly – make sure the community clearly knows who you are, whom it is you work for, and that you’re editing on a paid basis. Transparency is key, so make sure you slap that bad boy up on any article you touch.
• Engage with the volunteer editor community. Ask for help, invite them to critique your article, and be receptive to their suggestions.
• Read Wikipedia’s MOS. When you’re done, read it again. Get to know what’s acceptable, what’s not, and what will get you banned.
• Don’t engage in subterfuge or shady practices. No sockpuppetry, meatpuppetry, or any other kind puppetry, for that matter. Avoid puffery, peacock terms, and weasel words. And when you think your writing is dull and uninspired, try to remember Wikipedia is first and foremost an encyclopedia, not a press release.
• Cite, cite, cite your work, with third-party citations if at all possible. Any claim you make in your article, any fact you cite must be able to be verified. Don’t cite blogs, opinion pieces, or editorials; do cite books, journals, articles, reports, and other reliable sources.
• If nothing else, I ask you to follow this one simple, overriding rule when working with Wikipedia: Don’t compromise your ethics. Ever.

Now, isn’t it time you got on the Wiki-Wiki bus?