Going for Gold: What businesses can learn from the 2014 Olympics 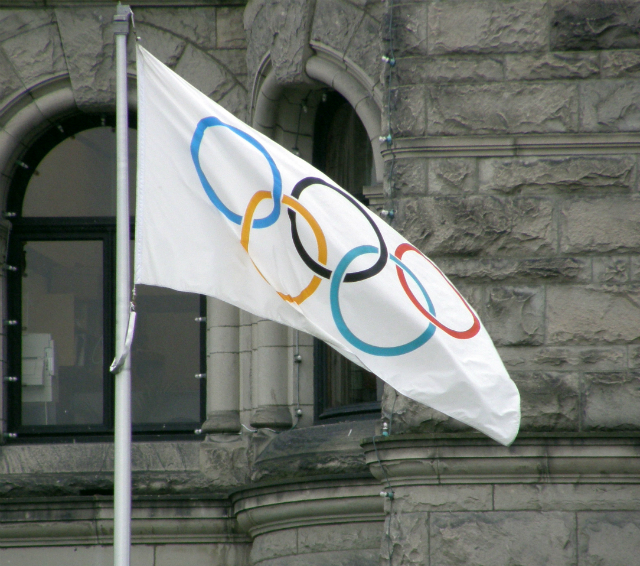 As the 22nd Winter Olympics in Sochi have now come to a close, it’s a perfect time to pause and reflect on what businesses can learn from the Olympics. I can’t help but to draw parallels between the critical elements required for a successful road to the gold, and those needed for today’s businesses: teamwork, focus, perseverance, leadership and strategy.

Teamwork
Without teamwork and great teammates, a team will struggle to win an Olympic medal, or even succeed at all, no matter how bright one or two individuals may shine. By the same token, a company without a cohesive team of co-workers is likely to meet the same fate. Young or old, newbie or veteran, each member of a team has something special to offer, and brings his or her own unique perspective to the table. Respect, trust in one another, and having a support system all contribute to creating a successful team.

Focus
Making Olympic history takes time. Most Olympians experience setbacks, dozens or even hundreds of times, along their road to the winners’ podium. Noelle Pikus-Pace is a terrific example of this. Her leg shattered by a bobsled in 2005, Pikus-Pace missed her chance for Olympic Gold in the women’s skeleton during the 2006 Turin Games. In 2010’s Vancouver Olympics, she placed fourth. She’s suffered from vision and back problems. Yet, she won silver in Sochi, something she calls a “fairytale ending”. Pikus-Pace never lost sight of her long-term vision, despite the many hindrances along the way. May your business do the same – when mistakes happen or difficulties arise, know you can recover through hard work, and stay focused on the long-term goal.

Perseverance
There are attributes that every Olympic athlete undoubtedly possesses, and we as employees or employers should aim to master them as well: pride, perseverance, and poise. Jeremy Abbott, four-time U.S. Champion and Olympic Bronze Medalist in men’s figure skating, truly embodied these three attributes after an agonizing fall during his short program. Despite the physical and emotional pain he experienced after falling in front of the world, he pulled himself up and finished his program flawlessly. He may not have won a medal in Sochi, but Abbott’s poise and perseverance won him the respect of hundreds of thousands around the globe. In the business world, positive results can happen as well, even when circumstances are embarrassing or painful, if those involved possess pride, perseverance, and poise to manage the situation with dignity.

Leadership
Coaches and CEOs have similar roles, in terms of leadership and management. They both play a critically important part in the building of extraordinary teams, whether on the ice, the snow, or in the workplace. Successful coaches and CEOs assist individuals in developing to and realizing their full potential; set meaningful goals and expectations; help reduce friction among team members; provide constructive feedback; offer inspiration; and lift emotions when they are down. U.S. Olympic women’s ice hockey coach Katey Stone’s interview after the U.S.’ gold medal loss to Canada in Sochi underscores her ability to support and lead her team, even through disappointment. My own CEO, Vivian Kelly, has built a terrific organization through her superb coaching style, which naturally elicits the best from each member of her team.

Strategy
Olympians can win or lose the gold medal by 1/100th of a second…or in the unusual case of Slovenia’s Tina Maze and Switzerland’s Dominique Gisin, tie for gold. In today’s high-tech, fast-paced world, Olympians and businesses alike must be incredibly fast – 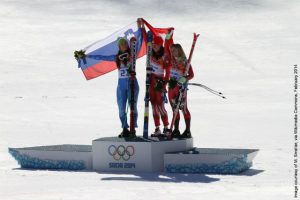 either down the slope, or fast to produce products or services, and get them to market successfully. There is very little margin for error; delay, and you can easily lose your position in the game. So, timing is everything. Or is it? I listened to several medal-winning athlete’s interviews, and it is clear that they all had well thought-out strategies in place to help them optimize their times. They had analyzed their own strengths and weaknesses, researched accomplishments and styles of their competitors, tried varying forms of equipment or gear, and sought input from third-party experts, all of which became part of their successful strategy to become the world’s fastest. So timing – whether in sports or in businesses – may seem like everything, but it can’t exist without a good, solid strategy supporting it.

While viewing this year’s Olympics in Sochi, it became evident to me that the combination of teamwork, focus, perseverance, leadership, and strategy are all equally required for success. Excelling in just one of those areas won’t take you to the gold. Take a moment to recognize your company’s key strengths and then weave in all of the others to mold your champion.