I’m an aficionado of the horror genre. Bad horror movies? Awww, yisss. Really good scary movies – the kind that make you want to turn on every light in the house and check under your bed just to be sure there’s nothing lurking – even better. The Walking Dead? You’d better believe I’m a card-carrying Dead-Head, Walker Stalker, or whatever they’re calling us TWD fanatics these days (if Daryl dies, we riot).

Not long ago, I was watching a good scary movie by myself, with all the lights off. My evil kitty, who’d made herself scarce all night long, suddenly decided that the moment right before the movie’s biggest scare was the perfect time to go slinking by the couch where I was huddled. I caught only the briefest glimpse of motion – a single flick of her gray tail – from the corner of my eye, but it was enough to make me sling my head around fast enough to give myself whiplash (and quite nearly a heart attack).

Why? Because the human eye is attracted to motion.

Think about it – what happens when you spot a flutter of movement in your peripheral vision? You immediately turn your head to take a second look, right? Even the tiniest of movements can capture your attention, drawing you in to investigate further. It’s why in the early days of (bad) web design, you’d often be faced with sites using an abundance of eye-popping flashing buttons, blinking text, poorly done animation, or worse.

Thankfully, we’ve come a long way. While there are still some sites out there making questionable design choices, brands today have found a far more effective, sophisticated means of capturing your attention through the use of motion: cinemagraphs. Beautiful and subtle, cinemagraphs burst onto the scene around 2011, and have been entrancing audiences ever since.

This Ain’t Your Father’s Animated GIF

So, just what is a cinemagraph, anyway? In the simplest of terms, it’s an still photograph published as an animated GIF. However, these aren’t like the animated GIFs of old, with their jerky animation and grainy quality. Rather, they’re more like the animated GIF’s younger, more stylish sibling. Their inventors, New York fashion photographer Jamie Beck and motion graphic designer Kevin Burg, describe cinemagraphs as, “an image that contains within itself a living moment that allows a glimpse of time to be experienced and preserved endlessly.” To me, they’re like the living photos you’d see in the latest edition of the Daily Prophet.

First unveiled during New York Fashion Week 2011, cinemagraphs marry still photography and video. Published as GIFs or another video format, they fuse striking images with small, repeated motions, and have emerged as a compelling means for first attracting, then holding audience attention. But just how hard is it to create one of these living photographs?

When cinemagraphs made their debut, Beck and Burg noted that it had taken a year to perfect their innovative creation. Back then, developing a good cinemagraph could take upwards of a day or more, using a combination of photography, video capture, and editing with tools like Adobe Photoshop and Adobe After Effects. However, in just five short years, the medium has evolved and matured, giving rise to new tools (Flixel’s Cinemagraph Pro, for example) that make it a snap to put together stunning, animated visuals. These days, you can even purchase stock cinemagraphs. How’s that for easy? 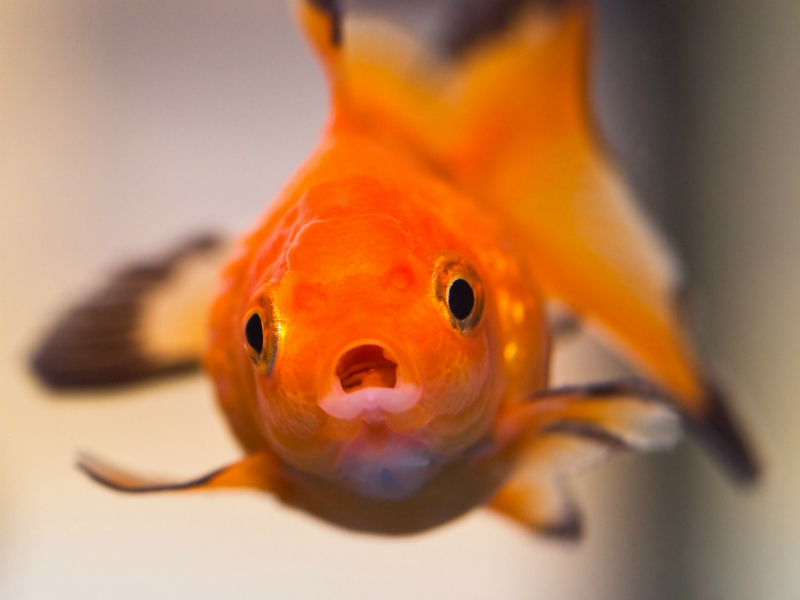 Judgemental goldfish is shocked by your lack of attention span.

The big question is though, why? Why would you want to incorporate cinemagraphs into your marketing, advertising, or social media mix? Because we humans have an attention span that’s now shorter than that of your average goldfish. I wish I were kidding.

With all of the noise and visual clutter everyone is bombarded with on a daily basis, it’s inherent that brands find new ways of getting their message across to audiences inured to typical advertising mediums and techniques. Grabbing someone’s attention in eight seconds or less is a pretty big challenge, wouldn’t you say?

Cinemagraphs can do precisely that, though. By using that little flutter of motion to draw audiences in, they open the door to telling a deeper story than can be done with static imagery. In turn, this offers unparalleled opportunities to increase engagement and form that all-important emotional connection with potential customers. Talk about your poetry in motion.

Once you start looking at a good cinemagraph, trust me, it’s hard to tear your eyes away. Whether on a website, via direct email, or as part of a social ad campaign, they generate higher open and clickthrough rates (CTRs). Pepsi conducted an A/B test on Facebook, using a cinemagraph and an image-based ad. During the eight-day test, the cinemagraph generated a jaw-dropping 75 percent increase in overall CTR and 51 times the audience engagement over the still image.

This echoes similar findings reported by other brands. Panasonic found the cinemagraph version of its ad drew 60 percent more clicks than the static version. Microsoft is also on the bandwagon after realizing double- and triple-digit increases in audience engagement by incorporating cinemagraphs into its recent social advertising campaign.

Although traditionally a B2C medium, I think the time is right for B2B to take advantage of all the good things cinemagraphs offer. Adding them to e-newsletters, event promotions, or social can help take your campaign from “ordinary” to “extraordinary”. Interprose is adding cinemagraphs to its marketing and social media toolbox, and we think you should, too.

Rules to Live By

Now that you know why cinemagraphs are the neatest thing since sliced bread, some final words of wisdom:

While a picture may be worth a thousand words, a cinemagraph could be worth so much more. Paraphrasing a line from Tom Hanks, cinemagraphs are a way of telling your brand’s story with the best technology at your disposal. And in the end, isn’t that what it’s all about?

#Cinemagraphs can be poetry in motion for #marketing and #socialmedia. Here’s why: