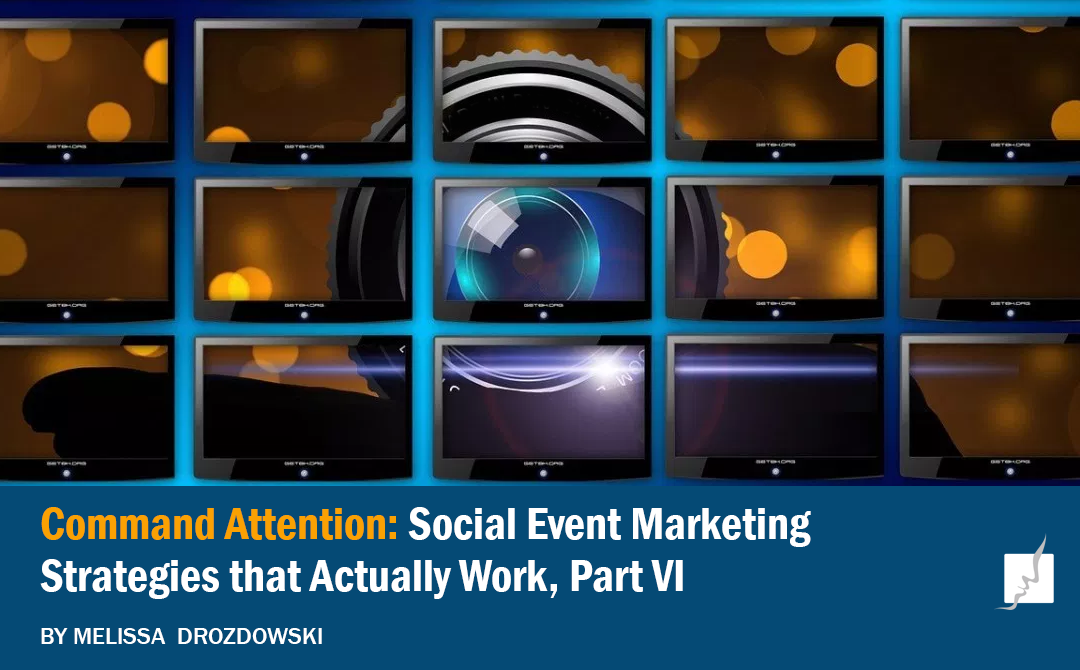 “A minute of video is worth 1.8 millions words.” ~ Dr. James McQuivey, Forrester Research

If a picture is worth a thousand words, what is one second of video worth?

According to Forrester’s Dr. James McQuivey, it’s 30,000 words. My math skills aren’t the best but here’s how the arithmetic breaks down: if a picture equals 1,000 words and video clocks in at 30 frames per second, then one second of video is worth 30,000 words. Multiply those 30,000 words by your typical 60-second video, and you get 1.8 million. If you figure that the 1.8 million number is per viewer, that’s a lot of yackety-yak that you can cut out by simply leveraging video instead of copy.

Shaky math aside, Dr. McQuivey’s statement is in line with what we know about the power of video. It’s wickedly influential with audiences hungry for rich media that engages the eyes, ears, mind, and heart. And livestreaming crosses the influence threshold even further, with its ability to deliver two-way real-time interactions between content producer and content consumer.

In the last installment of this event marketing Master Class series, I gave you a look at why livestreaming is nuclear-hot. We also started down the path of how you can successfully leverage it in your own event marketing plans. Now, we’re ready to truly dive into the how-to, do’s, and don’ts. So, buckle up, Buttercup, and let’s roll.

Pick a Video Platform, But Not Just Any Platform

The last time around, I explained that livestreaming isn’t all that hard… grab your smartphone, make sure you have a good network connection, and off you go. While that’s true, you shouldn’t just jump in and start streaming away willy-nilly. There are other factors you need to take into consideration first. For example, which platform are you going to stream on? Like Goldilocks, you need to figure out which platform is going to be just right for you and your audience. Let’s look at three options:

The new kid on the block, Facebook Live is livestreaming’s flavor of the month, for some very good reasons. Social engagement and virality is part of Facebook’s DNA; given its gargantuan population of active users, you can expect to see a lot of grassroots spread for your stream. The platform offers robust interactivity, with call-and-response features that allow real-time audience interactions, as well as solid native promotional tools to take advantage of. Furthermore, your streams are automatically archived once your broadcast is done.

Did someone say “baby goat yoga”?

So, what’s the downside? Facebook Live is available only to logged-in Facebook users. If your target audience isn’t active on the platform, you might want to take your stream elsewhere. And even if they are active users, consider how easy it is to become distracted by other content in your newsfeed (oooh, look…baby goat yoga).

Finally, you might get hit with guilt by association – Facebook controls what your viewers see after they’re done watching your broadcast, based on what its algorithm thinks they’ll be interested in. This means your brand could inadvertently be associated with content that you normally wouldn’t touch with a 10-foot pole.

The OG in the livestreaming hood is of course, YouTube. Like Facebook Live, it offers massive upside in terms of audience size. It also has the added bonuses of not requiring viewers to log in; better video quality (especially with support for 4k ultra-high definition video); greater length and reliability; and your broadcasts can be archive on a branded channel.

Where does YouTube fall short? Well, there’s a distinct lack of interactivity and it’s not as social engagement-friendly. That snappy comment you just posted on the last YouTube video you watched? It’s not going to be seen by your personal network the way it would’ve been on Facebook. And once more, you’ve got no control over the post-viewing experience.

What else is lacking? Effective promotional tools. Unless you’ve got a big following on YouTube or your video has enough oomph to go viral, you may not see as much of an impact as you hoped for.

Not for the faint of heart

If you want ultimate control over the viewer experience and who gets to see your livestream, there is one more option to consider: host it yourself. You can easily provide exclusive or members-only content to a select audience, and you have the final say over video length, quality, and what happens when your stream is over. Sounds pretty good, right? Not so fast.

Going this route is more complex than leveraging Facebook Live or YouTube – you have to have the underlying infrastructure needed for video streaming, archiving, and sharing. You’ll also be missing out on the vast audience share, power, and promotional tools that come with social media platforms.

Picking the right platform for your stream is critical. Once you’ve got it figured out, then it’s time for the next step – familiarizing yourself with the ins, outs, do’s, and don’ts of livestreaming.

Do That Thing You Do (or Don’t)

Okay, here comes the Great Big List of things to do and things to avoid, beginning with a recap of the last section. Pick your platform carefully. Do some research, check your metrics, and find out your audience’s destination of choice for consuming video.

Next, ask yourself: are you really ready to go live? Livestreaming isn’t hard, but it can be time consuming. You need to make sure you’ve got adequate resources for filming, publishing, and engaging with your viewers. Are you geared properly? Sure, you can git ‘er done with a smartphone and a network connection, however, you might want to consider investing a little bit of your budget an a gear upgrade (something we’ll get into in Part V of this series). Skimping on staffing and equipment is a great way of ensuring your first livestreaming outing is half-baked and unpolished.

Do keep an eye on your schedule, too. You can’t just throw a livestream out there and expect people will find it easily. You may get a few wanderers who find your stream by accident but for the most part, you need to get hot on promoting it in advance of the day it goes live. Starting two to three weeks out, alert your audience of the day and time they can see your livestream. Get a graphic “coming soon!” drip campaign going via email and social. And on the big day, make sure you’re cross-promoting so that your followers on other platforms tune into your stream.

Live TV…it’s a ruff world out there

Live TV has proven repeatedly that there are umpteen ways things can go wrong when you’re on the air. Therefore, I can’t emphasize enough how important planning ahead and rigorous testing is. Remember Murphy’s Law: anything that can go wrong will go wrong.

As for what not to do, most importantly: don’t just do nothing. Livestreaming and video are far too powerful and influential to skip over. It might sound intimidating, but you can do this. Don’t be daunted – come up with a solid plan and stick with it. On the flip side, don’t try to livestream everything because that’s one sure-fire way to get overwhelmed. Save your most valuable sessions or events most likely to go viral for your video streams.

Finally, don’t wait until the last minute. Procrastination is not your friend. Start your planning process early, set reasonable milestone dates, and revisit your plan and schedule frequently.

We’re rapidly closing in on the end of this event marketing Master Class series. If you’re just joining us, you might want to go back and check out our earlier installments, or watch the on-demand version of our Boosting Conference Engagement with Live Social Media webinar.

Aaaand action! @Melissa_IPR is back with her next installment on #livestreaming and #SocialMedia: